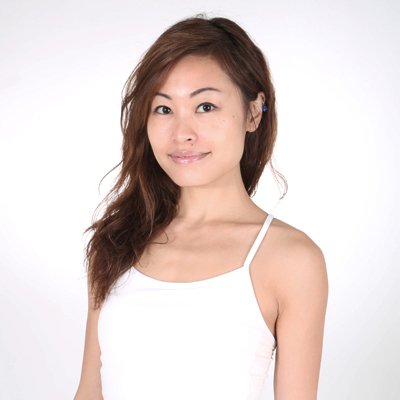 Heidi has always liked sport and has been very active since her teenage years. In 2001, she became a personal trainer and worked for a large-scale fitness centre in Hong Kong. Heavy pressure at work and multiple challenges at that time made her impulsive, irritable, negative, emotional, in pain and desperate to start a new life. One day in 2005, she experienced a sudden alarm bell go off in her head that went, "Let's try yoga!" She began the first lesson at PURE Yoga and yoga has since become like a magnet to her, opening her up to different levels of spiritual practice and understanding about her personal direction. Wishing to deepen her knowledge, Heidi enrolled in the 200-hour Teacher Training with Wanda Hewitt, an Iyengar yoga teacher of Yoga Limbs. After completing the training, she felt it was her mission to share her newfound knowledge. So in 2009, Heidi became a full-time yoga teacher at PURE Yoga, where she taught until 2014 and re-joining again in 2016. Around 2013, Heidi experienced another important turning point. She was feeling stuck at work and in relationships, filled with doubts about life and herself. Lost again and wanting to find who she really was, she turned to energy healing work and different spiritual healing tools. It was an amazing self-realisation journey for her, and elevated her teachings and understanding of life to a different level. Intent on self-growth and self-challenge, she decided to work as a freelance yoga teacher in 2015. This proved to be a year of amazing experiences, working with a diversity of people, all of which were inspiring and valuable. She learned the significance of mindfulness, she taught online yoga that targeted audiences worldwide, she was interviewed on TV! This year of self-development brightened her being and provided refreshing perspectives on life and yoga. The intention of life was now to have fun, love who we are, and enjoy what we are doing in every moment. Besides yoga, Heidi is passionate about photography. A great source of meditation for her - through the lens, she speaks with her heart and sees all the beauty in this world. She would like to dedicate her practice and is thankful to all of her teachers - Wanda Hewitt, Paul Grilley, Ellen Heed, Michelle Papa, Joyce Thom and Shirlyn Wright. Qualification Highlights • Kids Yoga Teacher Training by Rainbow Kids Yoga, 2015 • Spiritual Response Therapy by Spiritual Response Association- Intensive Skill, 2014 • Spiritual Response Therapy by Spiritual Response Association- Advance, 2013 • Spiritual Response Therapy by Spiritual Response Association- Basic, 2013 • Reiki Levels 1 & 2 by Joyce Thom, 2013 • Level 2 Yin Yoga Teacher Training (Chakra Theory & Meditation) by Paul Grilley (100 hours), 2013 • Level 1 Yin Yoga Teacher Training (Anatomy & Theory) by Paul Grilley (100 hours),2012 • Pre-natal Yoga Teacher Training by The Yoga Space, Australia with Yoga Alliance (25 hours), 2011 • Post-natal Yoga Teacher Training by The Yoga Space, Australia with Yoga Alliance (25 hours), 2011 • Pre-natal Yoga Teacher Training by Urban Yoga, Vancouver (30 hours), 2010 • Cranialsacral Work by Ellen Heed (32.5 hours), 2010 • Yoga Teacher Training by Yoga Limbs with Yoga Alliance (250 hours), 2009 • Registered Pre-natal Yoga Teachers with Yoga Alliance • Registered Yoga Teachers with Yoga Alliance What Heidi teaches • Core • Hatha • Healing • Hot • Pranayama & Meditation • Prenatal • Restorative • Vinyasa • Yin • Yin Yang • Yoga Nidra • Yoga Therapy • Yoga Wheel Pranayama is the practice of breath control. This meditation class introduces students to yogic breathing and concentration exercises that lead to a meditative state. Regular practice purifies the body and calms the mind, eventually leading to experiences of deep relaxation, peace and vitality. Some preparatory asanas may be included. Suitable for anyone seeking to calm the mind and revitalise the body. Dragon is the fifth animal in the Zodiac, it symbolises power, nobleness, honour, success and luck.

Let your body and mind slow down to receive the auspicious and noble dragon energy, this healing practice is done in a mildly heated room. This special class focuses on opening the body and soothing the mind through gentle poses and the use of props. Students will experience more seated and supine postures and some longer asana holds. Some pranayama, chanting and meditation may be included.

Suitable for anyone looking to stretch their bodies with moderate physical effort.