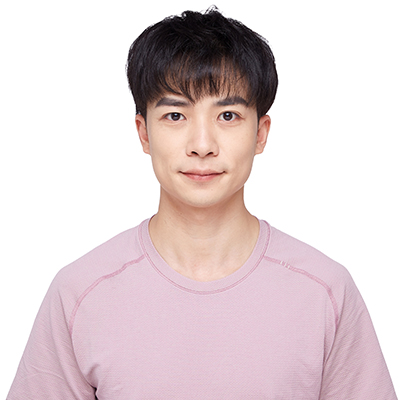 Darren graduated from Shenyang Sport University with a master’s degree in education and majored in yoga. During the first semester of his freshman year, he became invested in yoga through his curriculum and was attracted by the unique charm of the practice. Besides improvements in body flexibility, he noticed how yoga was able to regulate his emotions and offer a positive impact. Through these experiences, he has decided to pursue yoga as his major. While learning yoga theory and practice with Professor Wang Jingyi, he also engaged with professors and tutors from the school’s sports and human science and research departments to master his knowledge of sports’ relationship with our bodies. He completed his tertiary studies with the highest distinction during his final exams in Sports Anatomy and Exercise Physiology. During his postgraduate studies, he followed the National Ice and Snow Team Rehabilitation Professor Niu Xuesong to learn the theory and practice of sports injury rehabilitation. He has performed sports rehabilitation treatment on various national athletes in the school. He has accumulative experience in sports rehabilitation, especially in areas of shoulder labral tear, first-degree meniscus injury, post-meniscectomy rehabilitation, lateral epicondylitis, thoracic outlet syndrome (neurotype), frozen shoulder, lumbar spondylolisthesis, ankylosis spondylitis, temporomandibular joint disorder syndrome, carpal tunnel syndrome, acute and chronic muscle strain, muscle pain, etc. He has co-authored "Yoga Teaching Course" with the school's yoga instructor as a textbook for yoga students in the faculty and wrote two chapters independently. In 2019, his graduate thesis "Research on the Alienation of Yoga in Contemporary China from the Perspective of Instrumental Rationality and Value Rationality" was received with distinction. He has extensive experience in yoga teaching and training with his lectures covering yoga asana anatomy, basic logic and practice of posture correction, muscle trigger point therapy, and sports injury repair. He has taught yoga since 2014, and has theoretical and practical experience in sports anatomy, sports injury and rehabilitation, and posture correction. He is well versed in hatha yoga, alignment, and functional and healing yoga practice, and he can combine the theory of human movement science with his yoga practice. QUALIFICATIONS AND CERTIFICATIONS •Shenyang Institute of Physical Education Undergraduate Yoga •Shenyang Institute of Physical Education Graduate School of Yoga This class is focusing on relaxing knee and this series is a healing practice focused on rehabilitating the body. Special attention to alignment and detailed instructions are combined with specific asanas with the purpose of bringing the body back to health. Some props may be used during the class.